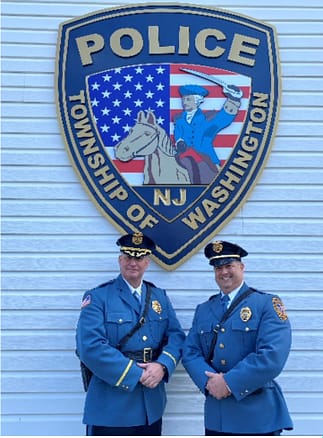 Welcome to The Township of Washington Police Department website. This is one of many tools we use to communicate with you, our residents, who we proudly protect and serve. The site was designed to help you learn more about our department, and to express community issues and concerns.  The Township of Washington Department strongly believes in open communication, and public awareness. We are active on several popular social media platforms and encourage you to follow us. Your input allows us to continually evaluate and improve our efforts to enhance public safety while always maintaining respect for individual’s rights and human dignity.

As a department, we strive to improve the quality of life for our residents, businesses, and visitors. As Chief of Police, I am extremely proud of the work my officers do every day. They hold themselves to high professional and ethical standards. These officers always strive to earn your trust and confidence. Thank you for entrusting us with your safety and welfare.